Enhancing the Effectiveness of Youth Participation at the District Level 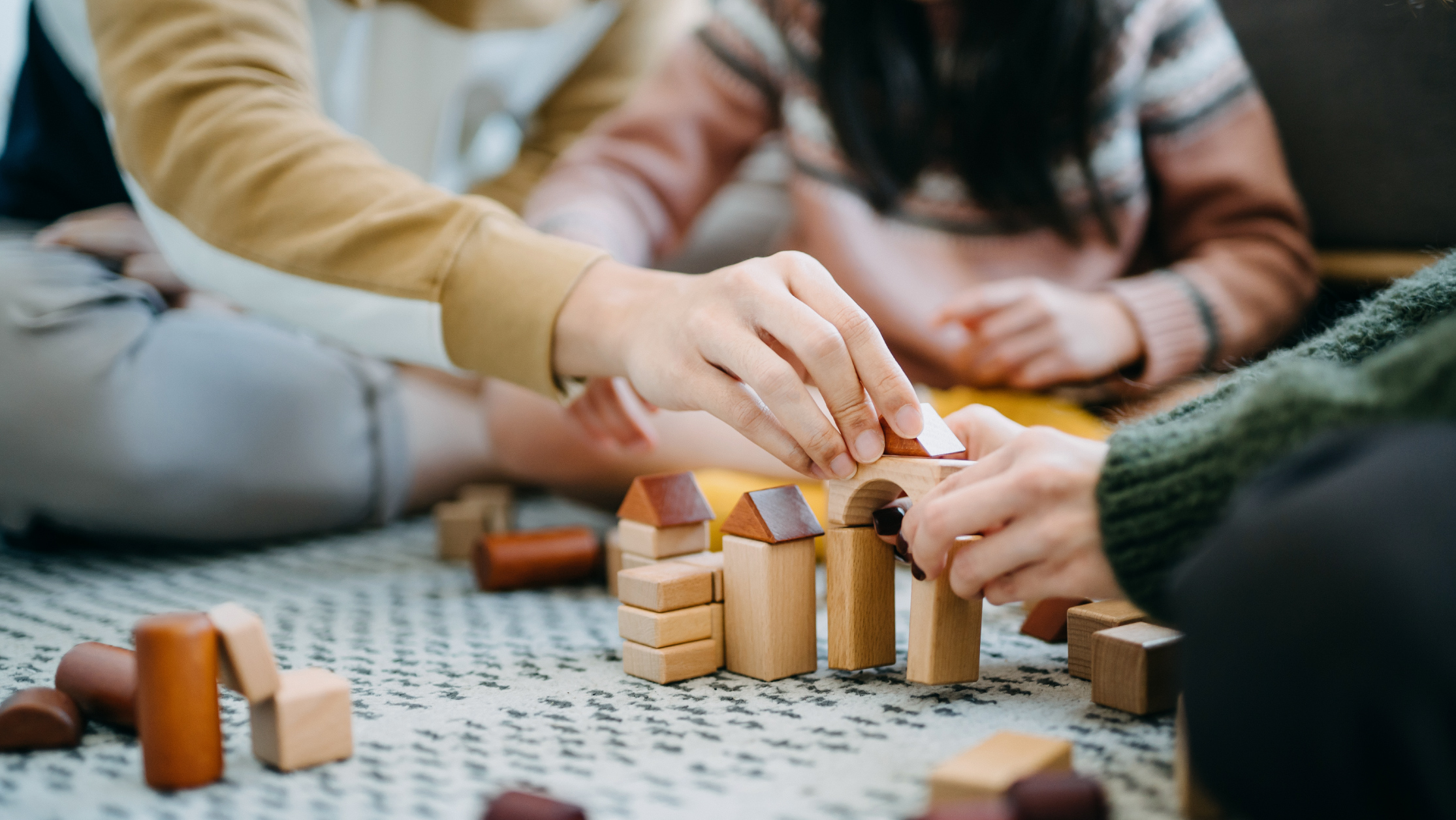 The sweeping Anti-Extradition Law Amendment Bill Movement in 2019 has profoundly changed the city, where many young people expressed their political demands to the Government, local community and international society in radical ways. Meanwhile, the Movement has inspired a large number of young people to care about the current political situation, community affairs, and civic roles at the district level.

In this era of disruption, youths participate in civic matters in various ways. Among them, youth participation at the district level has attracted increasing public attention in recent years. When it comes to institutionalised participation, young people have become progressively active in district council elections, as shown by the significant rise in their voter registration rate and voter turnout rate, as well as the percentage share of young elected candidates. In addition, the Government has rolled out a raft of initiatives and measures in recent years to pave the way for youth district participation, such as launching the District Youth Networks Programme (hereafter DYNP) and setting up District Youth Programme Committees (hereafter DYPC). On the front of non-institutionalised participation, the large-scale social movements have boosted the founding of new community groups and newsletters by young people throughout all districts of Hong Kong. Meanwhile, the youth work of social service organisations at the district level is becoming more sophisticated. In view of the enormous potential of youth participation, this report focuses on how this new-found momentum can help drive community development.

This report identifies the difficulties and challenges facing youth in institutional and non-institutional participation in district affairs, by conducting in-depth interviews with 15 stakeholders from diverse backgrounds and across the political spectrum, who are familiar with district issues and understand the status of youth participation. The report also provides timely and effective recommendations to enhance the efficacy of youth civic engagement as follows: 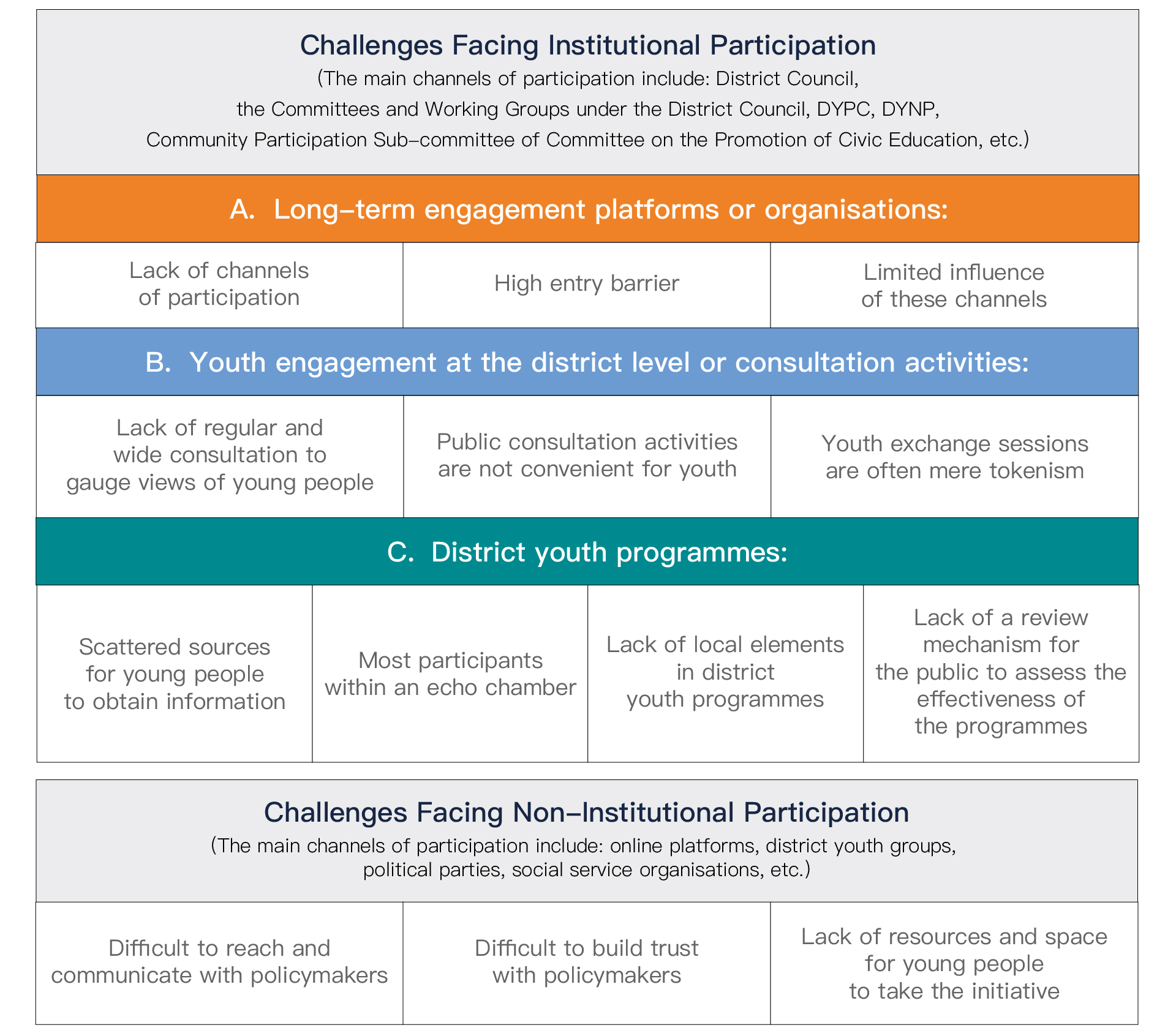 Based on the above analysis as well as the reviews of academic literature and overseas examples, this paper outlines a “Youth District Participation Facilitation Plan” with a series of specific initiatives. 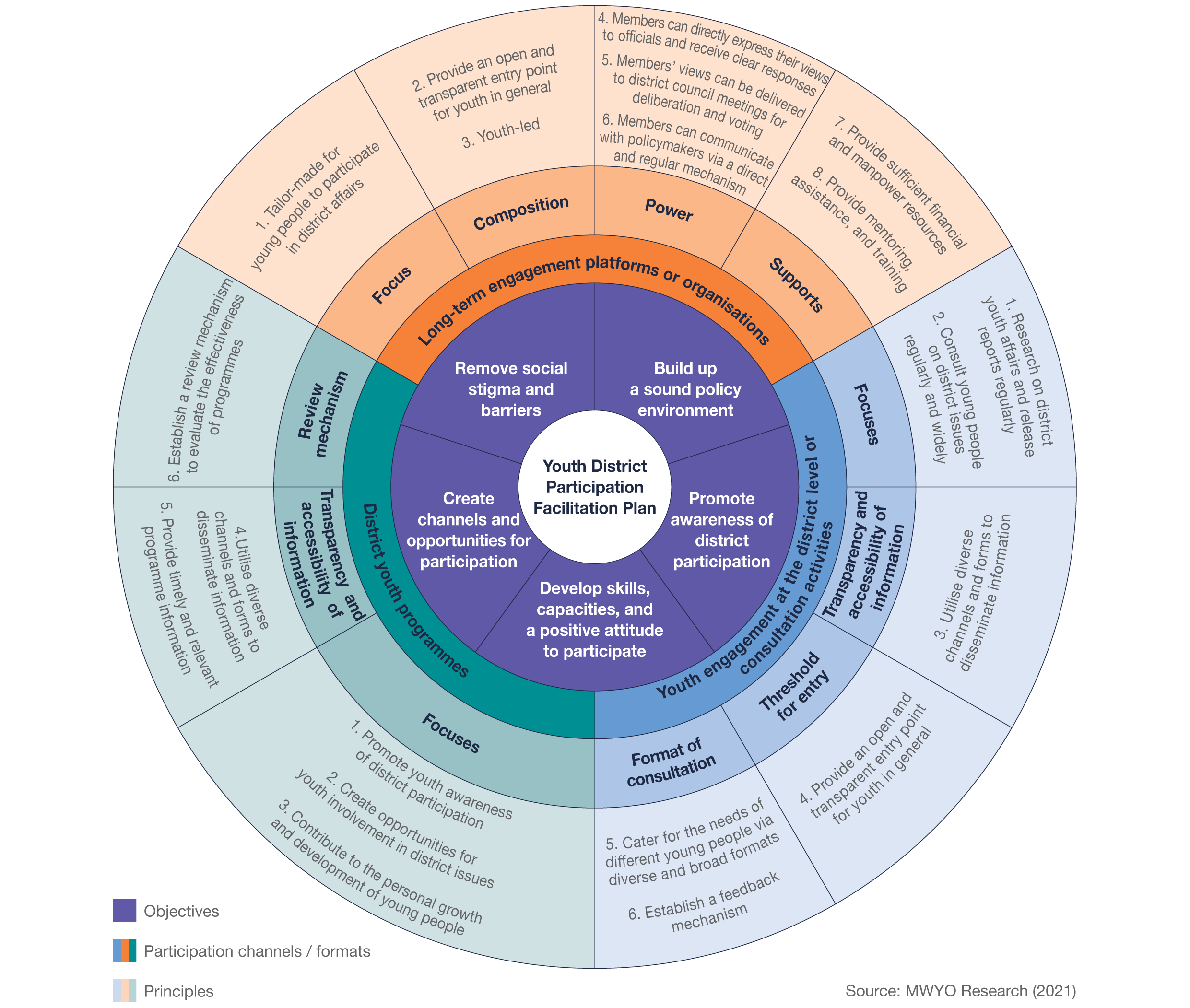 A Series of 10 Initiatives:

1. Set up a “Youth Affairs Committee/ Working Group” in all district councils

2. Introduce “Youth Participation in the 18 Districts Schemes” in all district councils

5. Organise youth forums in the 18 districts

8. Design a review mechanism for all 18-district youth programmes and enhance experience sharing among the districts

9. Review the positioning of district youth programmes and balance the types of activities

10. Promote and pilot participatory budgeting at the district level 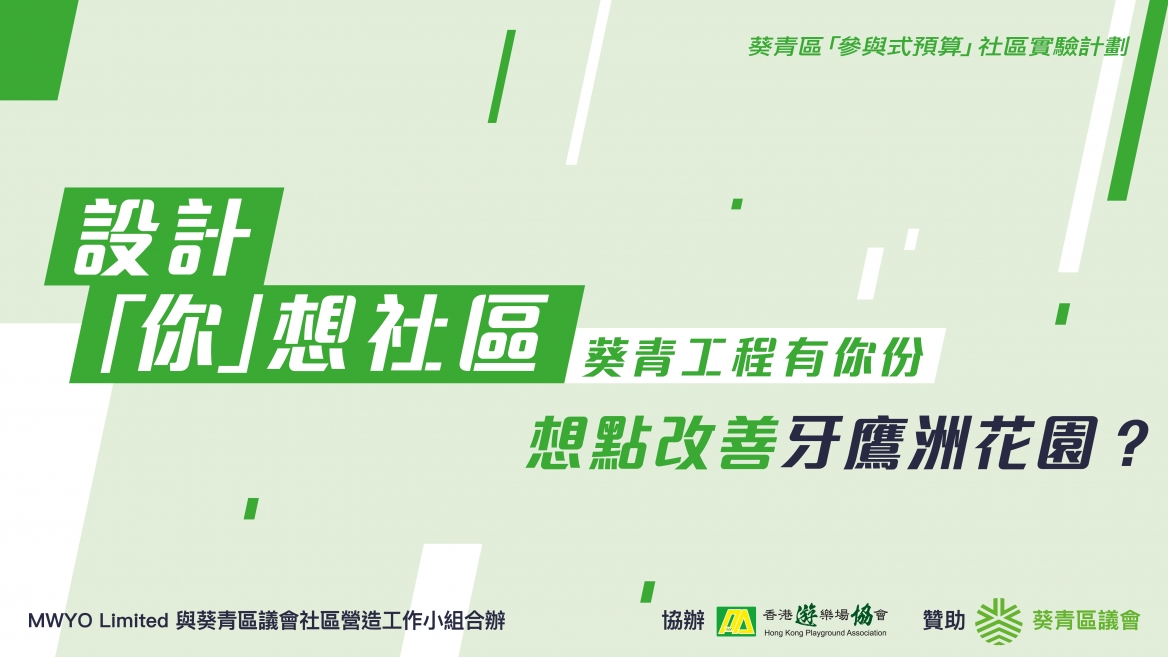 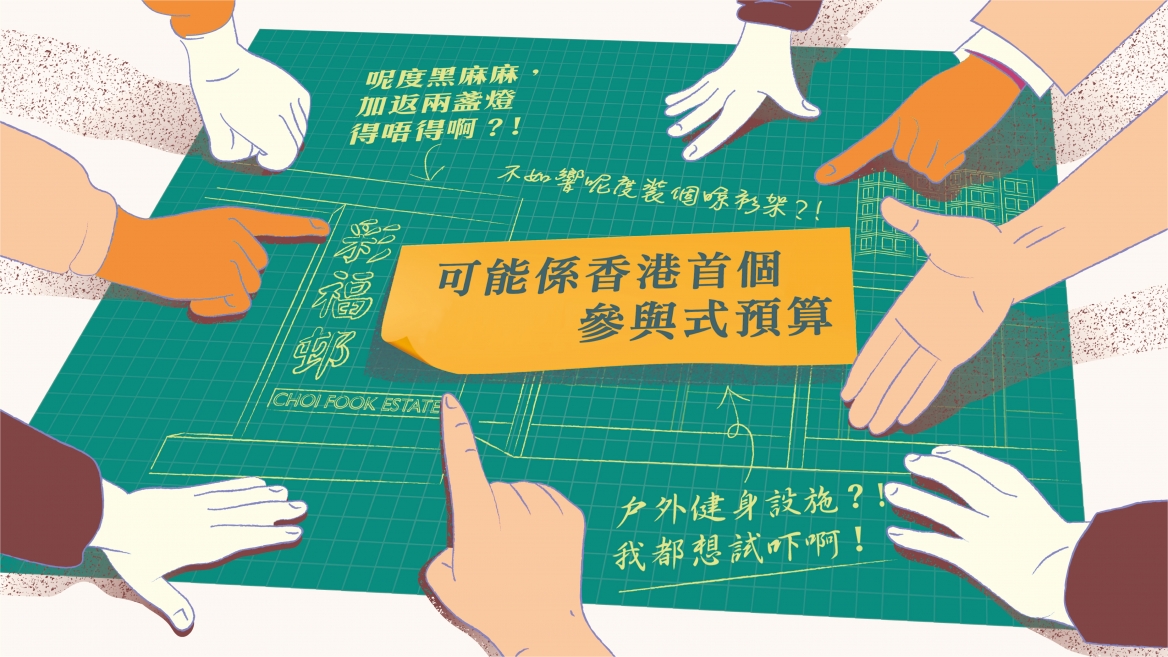 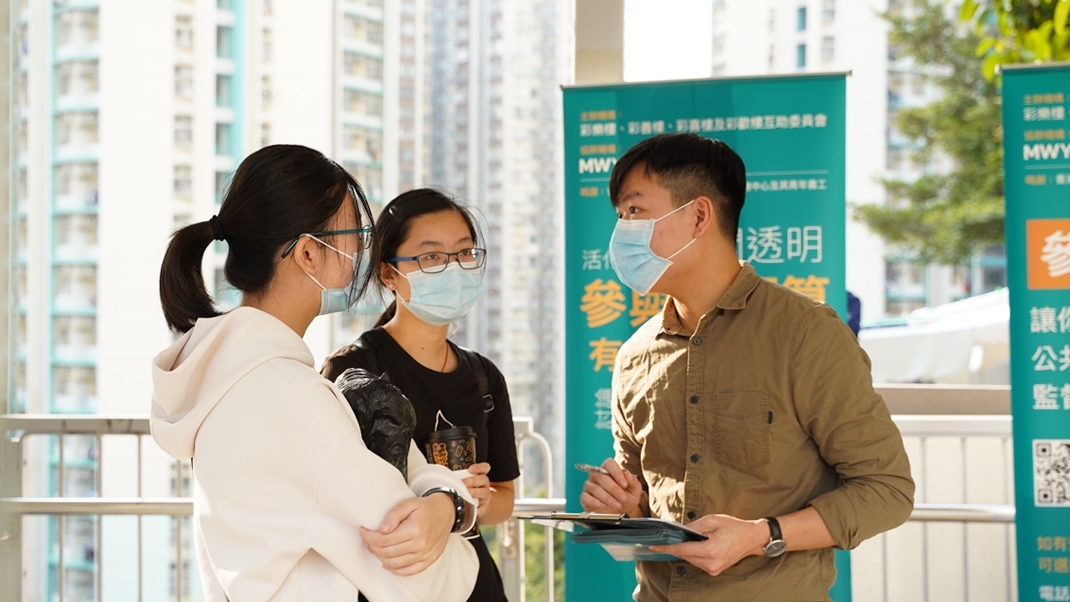 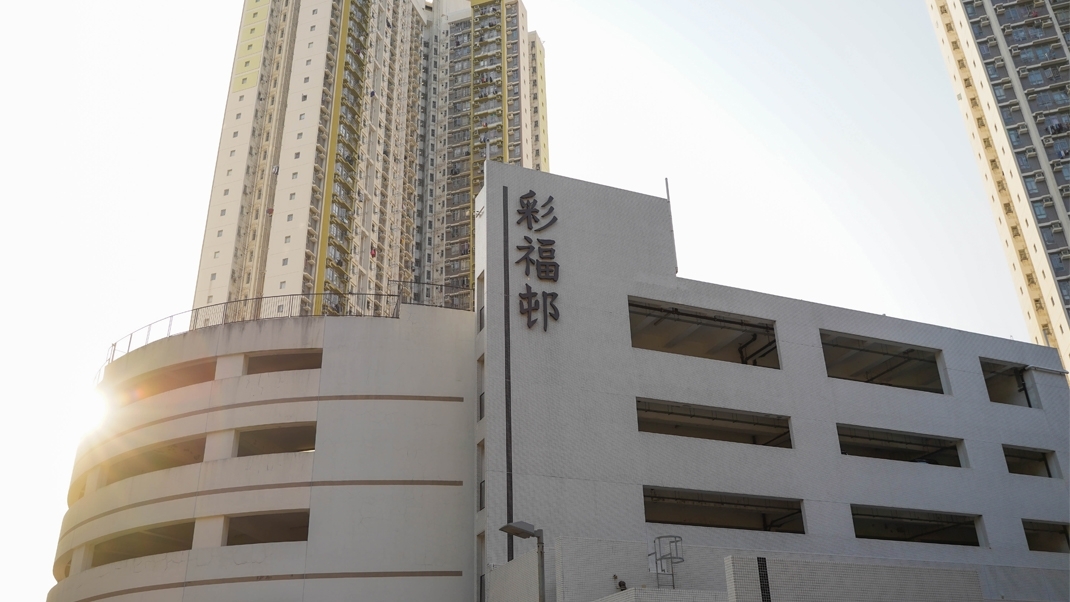 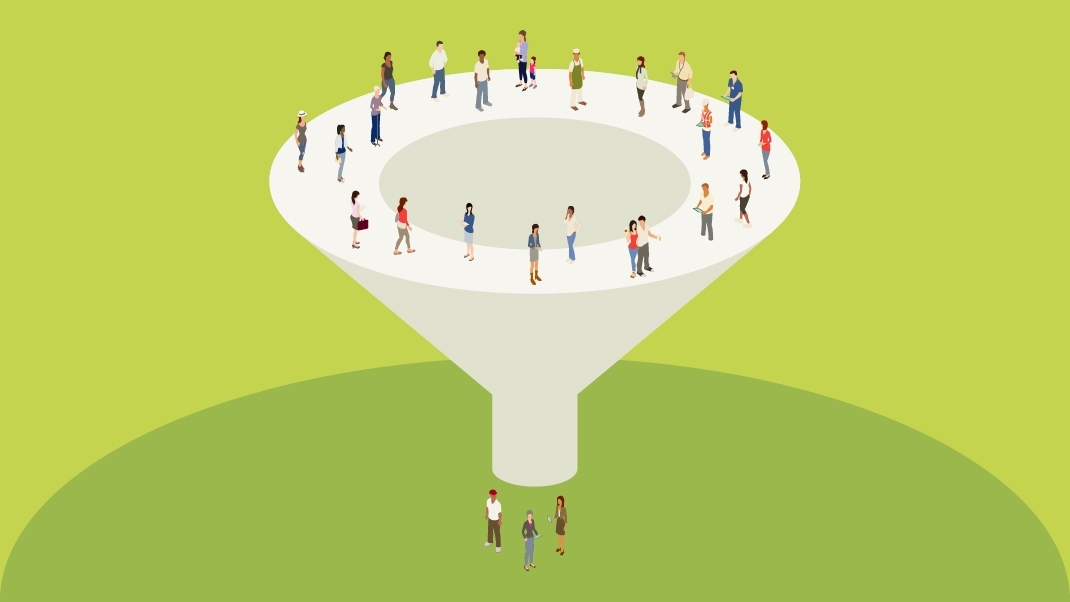 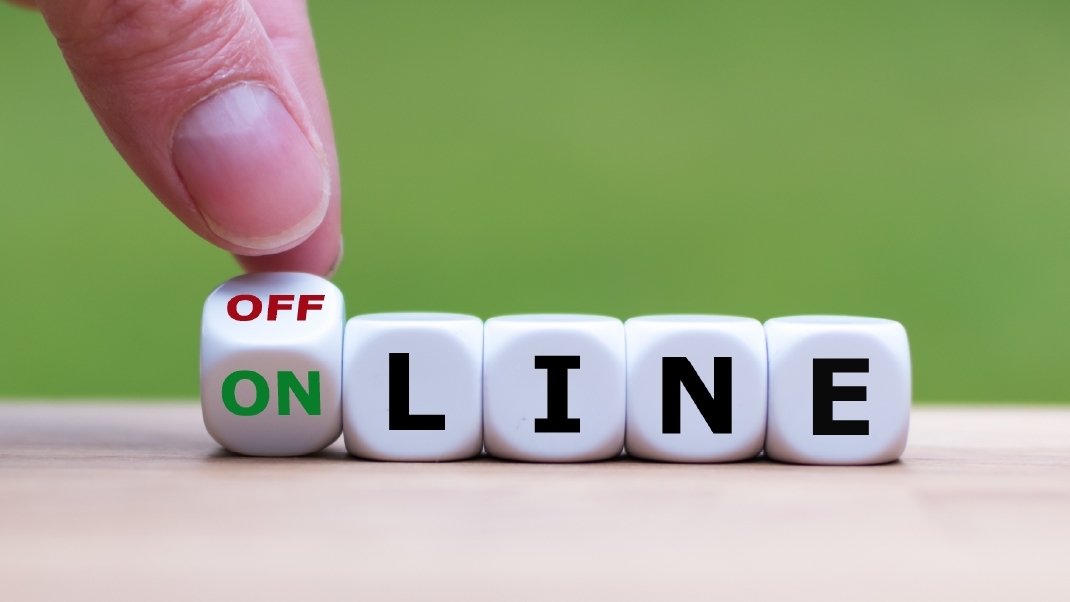 Youth Participations 3: Regularly and Widely Consulting Youth at The District Level, Both Online and Offline 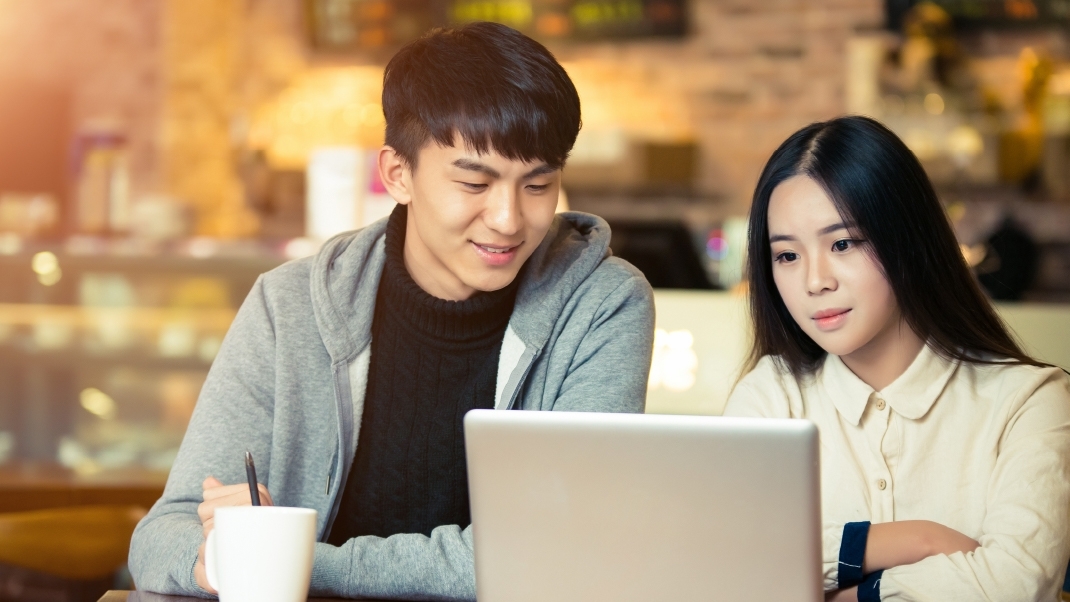 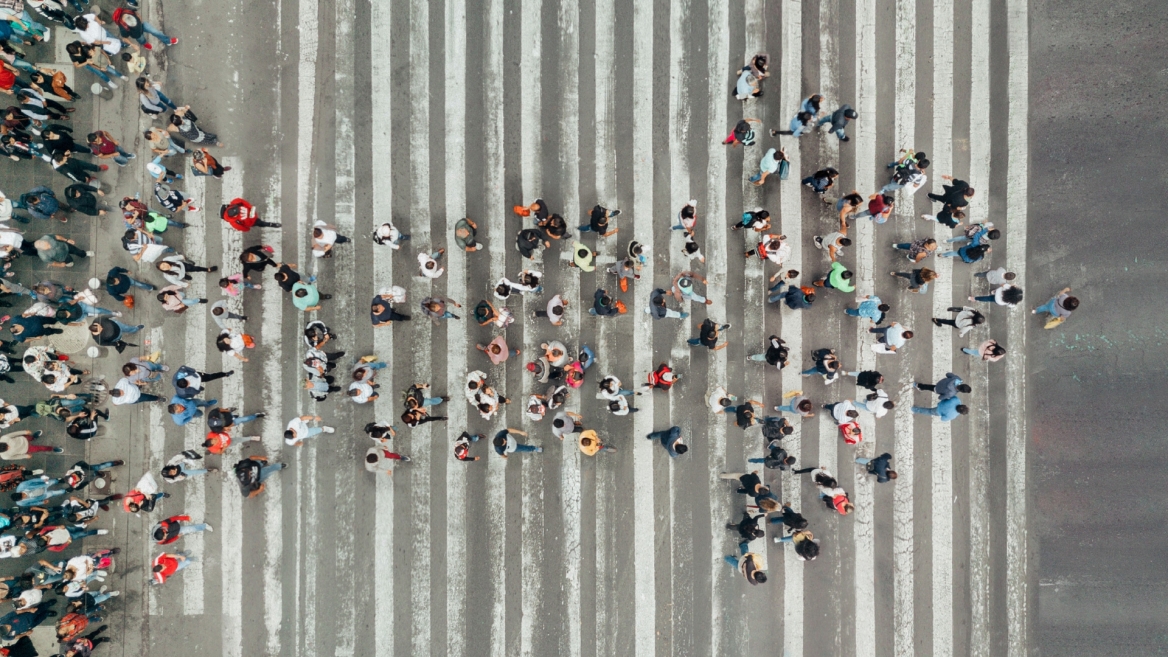